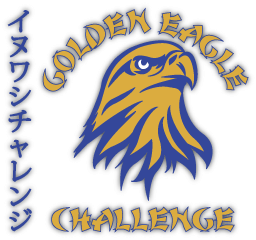 This is a kata/forms competition only. It is similar to the World Karate Federation competition (please watch the video below). Competition is open to all styles of martial arts and katas/forms can be traditional or creative. Unlike the World Karate Federation this event will not be using a predetermined list of katas/forms. Martial artists will compete in pairs in a bracket format, however all competitors will perform at least twice. In their next pairing they must perform a different kata/form. Every competitor will select three to five katas/form, depending on their experience, to perform in the challenge. Each competitor's selected katas will be listed on their competiton card and cannot be changed once their division has started competing. Once a kata/form has been used by a competitor it cannot be repeated until the competitor has used all of their listed katas.

All katas/forms will be judged on performance. Judges will consider the following when evaluating a competitor's performance: balance, focus, speed, power, and spirit. Judges will not consider technical differences such as hand position or form, kick height, stance used, etc. as there are many differences from style to style. Gymnastics will not be considered in the judges' evaluations unless both competitors used gymnastics in their performances and the competitors are considered equal in the primary judging criteria.

All competitors must wear a clean and complete uniform. If a school does not wear a uniform top as part of their uniform, then a clean t-shirt representing that school may be worn. Sleeveless tops and t-shirts are not allowed.

Black Belts that wish to compete must participate in the judging process.